Take Aways From My Life

Belief.
That’s where everything starts and ends.

To be honest, I think I’m far from a good orator. I cringed watching my finals video looking at the number of mistakes I did on that day – speech transitions, body language, conclusion etc. Lot many things. But because I earned the bragging rights of being the runner up of 2017 edition, I’ll walk you through whatever lessons I learned, the Do’s and Don’ts and a couple of takeaways from Master Orator Championship a.k.a MOC.

Before we go into this, let me give an introduction of what this competition is about.
Master Orator Championship is a public speaking competition for students of the age 18-24 from any recognized college.

The competition is in the format of qualifiers followed by semi-finals and then finals.
MOC 2016 had around 700 registrations and MOC 2017 had close to 2100 registrations and with the popularity of Toastmasters gaining ground and the thrill of owning a MacBook/Ipad and a trip to International Toastmaster conference is something every student wants a shot at, makes the possibility of 3500 registrations in 2018 not an exaggeration.

Your Speech is the crux of your time at the competition. Everything starts and ends with it. If you haven’t made a draft yet or have no idea where to start from, a good starting point would be to watch a couple of speeches, along with the ones I mentioned above. Listen to the popular TED talks, Josh talks, commencement speeches and surprisingly, product presentations- particularly Steve Jobs. Also look at how Steve Jobs is a master of Public Speaking and Influencing.

During another Toastmaster event in 2016, called Fun and Furore, I had the chance to witness a speech by Mr. Rajdeep Manwani.
There, Mr. Rajdeep shared one technique in speech structuring, which I think drastically improved my speech’s effect. It was to divide the speech in 3 particular bits – the introduction, the body and the conclusion. This one you must already have an idea. But these three division can be told at different places of the stage, likely the left, right and the center. A simple idea but worked really effectively to drive my particular point.

You can also notice this technique in use with this particular blogpost.
Do your Warmups

It must have been a while since you last spoke on the stage so it would be a good practice to give a couple of seminars, presentations and speeches in your class and preferably with an audience and not an empty classroom. This will get you used to the adrenaline rush before giving a speech.

Once you are done with your initial draft of the speech, practice in the presence of a friend and take feedback. Not just once or twice but multiple times. And preferably try to record your performance and review it, because only then will you be able to correct your mistakes. The frequent culprits being – speech transitions and body language.

Another good practice would be to attend any 1 or 2 Toastmaster Club meetings as a guest. If you are in Hyderabad, you can check out the Hyderabad Toastmasters for any meetups. If you are from Guntur, check out Guntur Toastmaster for any events. The idea behind this is to accustom yourself to the introductions, how timers work and you also have a chance to interact with some experienced Toastmasters and take up some pointers from them. Also check out this evaluation criteria and rate yourself in your practice sessions with the help of a friend or family member.

Before moving on, a small recap of what I did and could have done before the competition.
What I did:

Get Comfortable and Confident

What do I mean by comfortable? The first one being having a really good night’s sleep and the second one is reaching the venue at least 1 hour before the scheduled time.

The day before my finals I couldn’t get enough proper rehearsals and I considered staying up till I get at least one right. But knowing better, my parents advised me to have some quality sleep. And it really helped me have a calm state of mind throughout the day.
And also, I was just on time for the finals with barely some amount of time for final rehearsals. So don’t overlook this fact.

Whenever there was time before the competition and I knew where the rounds might be held, I tried to acquaint myself with the stage. Even during the finals, I had a good opportunity to stay on stage and walk around for a good 10 minutes with only a handful of audience reaching till then. A must do I would say.

Look your Best and you’ll perform the best! This is a psychological feeling where the way you dress directly affects your confidence and also cheekily intimidates your competitors.

And wear a good smile throughout and be approachable 😀

In the prelims and the semis, you’ll probably be in a room with 15-30 participants, each taking a turn on the stage for the speech. And most of us sneakily try to practice our speech silently. Not a bad thing to do but you might miss out on other beautiful speeches.

Good practice would be to carry a notepad and jot down whatever you found interesting in the speeches or in the interaction with other people. I still closely remember many of the speeches as I had the habit of writing the speech title and the speaker name as a bare minimum.

MOC is the place where you’ll be meeting experienced Toastmasters and orators, helpful volunteers and a lot of students who have the same yearning to speak and share ideas. It’s one of those infrequent events where you are away from the usual college friends and atmosphere and can interact with people from various walks of life. Some from different colleges and some from different cities and states too.

We always think of having some conversations but end up failing cause usually we don’t know where to start. I kept having this same situation repeatedly and embarrassingly it happened with one of the District Directors too. I wanted to talk, but didn’t know how to start. I start with a random thing and then there’s an air of awkward silence. So. it would be good if you can list out a couple of conversation starters before leaving to the event and approach people and have a good time conversing.
What I did:

In months leading up to the competition, I had read ‘Gita for Children’ and also got introduced to Stoicism. One common idea was that one should focus only on one’s efforts and not be concerned with the results. The fruits of our toil sometimes are never in our complete control. So if you didn’t make the cut to any of the further rounds or couldn’t be one of the podium finishers or couldn’t be the Master Orator, you will definitely notice feelings of pain, jealousy, disappointment and a couple of other negative emotions which is completely natural. Acknowledge the feeling and let it pass. Make it a point to congratulate the other contestants.

I was very eager for the results since I was very confident with my performance and felt I gave my best (until I saw the video 😀) and when I was announced as the runner up, I had only one emotion – disappointment which carried on for a couple of hours. I forced myself to smile throughout the presentation ceremony which looking back was not the best way to react. I still regret it. It was one of the most fulfilling days of my life and I didn’t have to ruin it myself.
Reflect

The competition ends. What’s next? A lot of things actually. Keeping the results aside. Evaluate your performance, list out strengths and weaknesses and points of improvement.
Follow Up

If you wish to be the Master Orator the following year, make up a detailed plan and put it into action. Participate in events directly and indirectly related to Public Speaking.

If you are graduating, join any of the Toastmaster Clubs. One might be in your organisation too.

Is Master Orator Championship just about the International Conference or the Macbook or the Ipad? or is it much more that?

How to Win Master Orator Championship (or come pretty close). When I first came up with the title, I had the idea of sharing whatever I had learned to you in order to better prepare yourself to win the championship. But as I reflected through the 2 years of association with MOC, I realized that the competition is much more than that.
To me, MOC was the place where I had made new friendships which grew stronger as the days progressed. Shootout to Mohammed Furqan, Bhavana Tadiboina and the whole lot of Guntur Toastmasters, TM Keerthi and TM Uday. Also, just watching the other Toastmasters speak was a delight. They become my indirect mentors.
And finally, I came out as a more confident and stronger person with the realization that no matter where you are presently, with enough smart and hard work you can reach the goal you set forth.
MOC was all of these to me. And in the long run, what now seems micro will be the macro 🙂

If you are a student just starting out or you are in your final years of student life.
If you have a magnetic personality eager to share something to the world, or believe the same personality exists inside you and need a chance to bring it out.
Show up. Make the plunge. And it will be one of the most beautiful journeys you will have ever undertook and you might win the Master Orator Championship in your own unique way 😉 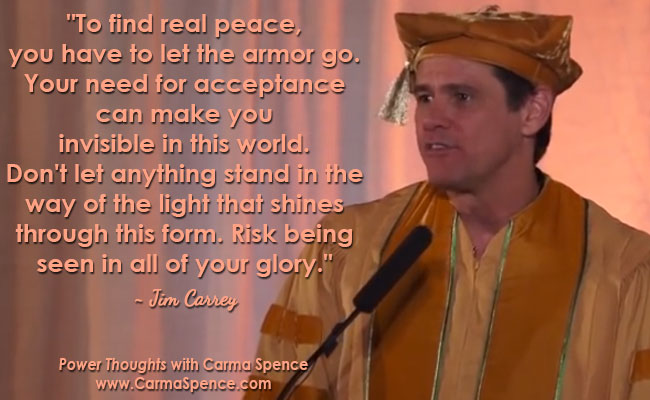 Another year has passed by and Master Orator Championship 2018 had amazing participants once again. The finalists definitely upped the level of the competition and it was a blast watching them speak their heart out.

How was their experience? Read on what the 2nd runner-up, Mohammed Furqan has to say about his shot at the championship.

Master Orator Championship: 7 Solid Perks You Get From Contesting

Master Orator Championship 2019 Through My Eyes